FFdNO and Lebanese women NGO Architechs and designers for Lebanon

After the blast in Lebanon on August 4th,2020 - FFdNO cooperated with a group of women / Architects, Designers and Social Activists from “Architechs and designers for Lebanon (AAD)” to rebuild damaged houses in Lebanon.

AAD women’s group joined together after the blast to volunteer and offer professional expertise to save and rebuild Beirut. FFdNO supported AAD in its endeavor to support women (and their families) whose houses have been severely damaged by the blast and who are financially incapable to meet the repair costs the damage caused. To this end, FFdNO raised funding on September 5, 2020, by selling delicacies at the Pandemistischen Gartentheater in Erfurt's Barfüßerkirche to support the women's NGO "Architects & Designers for Lebanon" (AAD) in the reconstruction of Beirut.

In Arabic, as the name or the project states, Sakan simply means a house and Sakeenah means peace of mind and serenity. The cooperation strived to rebuild Sakeenah for the Lebanese people during this difficult time. Thus, with this project, we have managed to give two families a sakan full of peace.

The cooperation has managed to rebuild two houses, Wakim’s House in Ashrafieh- Beruit and Der Boghosian’s House in Mar Mikhael- Beirut. Both houses were severely damaged as they are located in the immediate vicinity of the explosion, in the most affected area of Beirut.

Walls and doors had to be repaired in the houses, new doors were needed and also new windows. Of course, all the glass in the houses was broken and new glass was installed and likewise, all the walls of the house were painted. 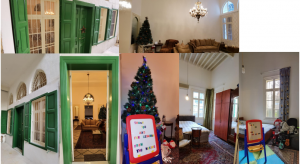 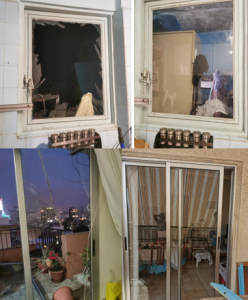 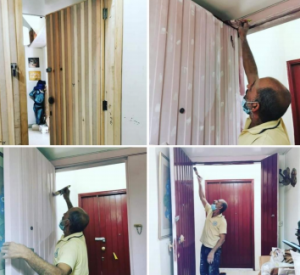